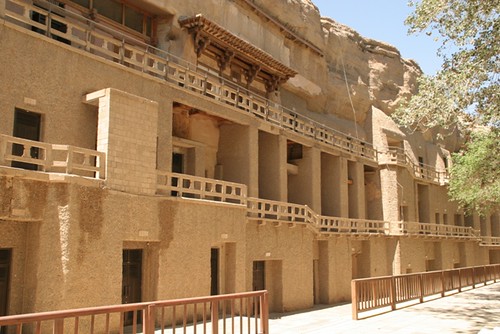 Mogao Caves are located 25km from Dunhuang city in Jiuquan prefecture, Gansu province, China. This is a system of Buddhist temples, monasteries and statues. There are 492 temples, the oldest of which dates to about 336 AD. The site remained in use until the 14th century, A period of about one thousand years, before being abandoned. In the early 1900's, a Taoist monk named Wang Yuanlu, began investigating the area. He made one of the biggest archaeological discoveries in Asia. At the back of one room he found a area that had been walled off. When opened, there was a treasure trove of old manuscripts an scrolls dating between 406 and 1002 AD. Such a large collection of newly discovered historical documents is of great importance.